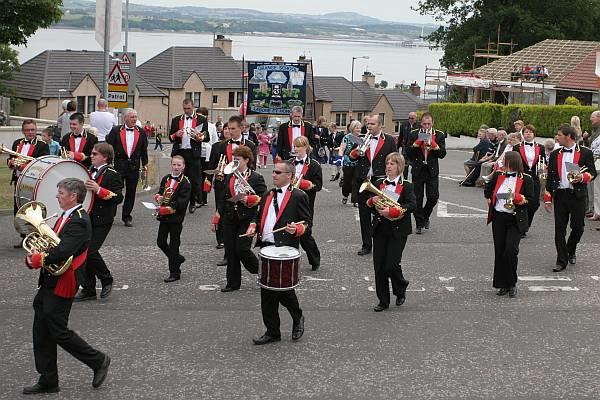 The Band was founded in 1858 and was originally known as the Grange Instrumental Band. It has the distinction of being one of the oldest brass bands in Scotland. Most of the players were miners from the Grange Colliery.